Friday Roundup: I Know Things Edition . . . Unladylike in the Library

This week has been relatively uneventful (there ya go, Megg—reel ’em in!).

To feel like I’m moving toward profit procurement as I await response from an agent about my book proposal, I’ve been doing things like studying Google Analytics and trying to figure out why suddenly people keep signing up for a blog that I haven’t worked on since 2013.

But, between terribly produced Google training videos (Google’s budget must be tight) and cooking lots of leftovers that I scrounge from anybody, I have found five things that you need to know about! Wow! Exciting!

4. Notes From the Underground

Over the New Year I met [and had a kitchen dance party with] a cool lady named Cristen Conger. It’s always fun to meet other writers because at minimum we both already know that the other is weird.

I’m a fan of this title because 1) I like things that make me feel better about infrequent showers and frequent conversations about poop, and 2) the Unladylike project will bring female basassery to the masses (that probably should have been reason number one). 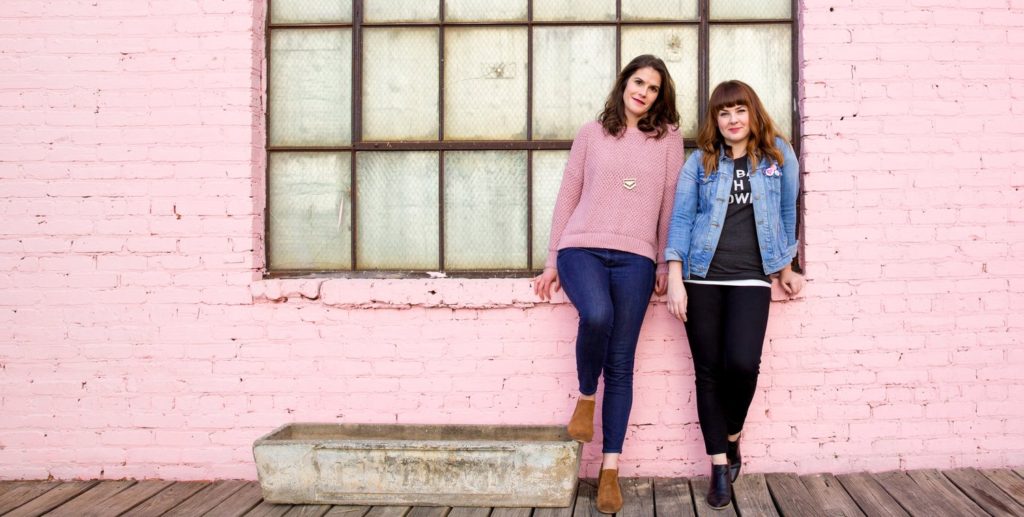 I took this pic from their website and dunno if that’s allowed! Check em out!

“Each episode starts with a question about the bullsh*t expectations of how women should think and behave that hosts Cristen Conger and Caroline Ervin tackle through their trademark obsessive research, interviews and heaps of delightful feminist rage.” –Unladylike.co

Although the term “feminist rage” might be scary for some men, they should listen anyway. It won’t actually be scary, but if it is, go get a pay raise or promotion to make yourself feel better.

Also, Cristen and Caroline are super funny.  Oh, you didn’t think women could be funny? Ahhhaaaaaaa HA. HA. KILL ME. Then go subscribe to the Unladylike Podcast on Stitcher, iTunes, or wherever.

The OverDrive app has changed my life and made me a better person. Technology, you win again!

Today’s city library is a den of society’s fartiest, snuffeliest, and personal- boundary-deficientest human beings. It’s where kids go to loudly play group computer games and where meth users go because they’ve repurposed their own computer parts  for the needs of their booming meth lab.

Given all that, what I love most about OverDrive is not that it gives me free audiobooks (though that is exceptionally awesome), but that it allows me to rent books without going into the library.

That’s a sad thing to say, but it’s also sad that libraries have become loud noise zones. That’s not what a library is supposed to be. I’m angry, damnit!

Another gamechanger is that I can speed up playback. Before, I felt guilty listening to audiobooks because some narrators speak so slowly that I felt like I was wasting time listening vs. reading.

Some I speed up as much as double time. It sounds strange, but your brain adjusts. You can devour an 18-hour book in nine hours! I am so excited just typing that!

If you like to own books forever, check out Audible and use this link

is a rental alternative, and although it’s $10/month, if you’re an avid reader who wants immediate access (often top titles are waitlisted at the library), try it out!

Today I was singing a song poorly for a friend and he didn’t recognize it. I played it on Spotify, but didn’t want to do him the dishonor of asking if he’d heard it before. It’s one of the best songs ever—of course he had heard it!

But then he said, “I’ve never heard this before.” Shock and awe!

Even though this moment showed me that my friend is not cool, it also showed me there might be other not-quite-cool people who only need to tackle this last barrier before reaching cool.

Folks, Lou Reed’s Street Hassle is one of the best songs ever . . . in the world! You should know it. Also, listen closely to hear THE BOSS. Bruce! (Not Oprah.) Okay, I hope you have 11:01 minutes…

Granted, I probably have a particularly nostalgic affinity for this song because I recall the first time I heard it, sitting with headphones in at my dorm room desk as a college freshman at one in the morning.

My creepy roommate slept just behind me as I typed on instant messenger, the laptop’s blue glare shining upon my candy-stuffed cheeks (I was then often stoned). It was unlike anything I’d ever heard, and I related somehow to its rawness despite having never been/known a prostitute or heroin user—a claim I can make to this day! I think!

I’ve been having difficulty finding a novel that engulfs me. (just received notification that the prior statement qualifies me for the Nerd of the Year award—YES!). It’s embarrassing that I recently read a book called Wizard’s First Rule and  couldn’t put it down despite knowing it’s probably terrible.

I’m starved for world-immersion, even if it has only the faintest tinge of The Lord of the Rings

(i.e., the best). I keep starting books, giving up, and just returning to my nonfiction audiobooks (suggestions welcome in the comment section below!).

Though Dostoyevsky is more wit and brilliance than world creator, I’m having luck with Notes From The Underground. He is a master, and it’s keeping me entertained just seeing such an amazing example of “the writing craft.”

Plus, get the book for free on Project Gutenberg, though it’s not too expensive

if you want to give it a forever home.

Fine, this one’s a little random, but it wouldn’t be my Weekly Roundup without at least one random thing.

I am a bit of a worrier. I would say I’m in worrier-recovery, but when it comes to things that truly merit preoccupation, I will worry the shit out of them. Things like . . . looking at your cell phone while driving!

It is so STUPID. I can say that because I do it. But I try not to, and I try to mitigate the risk. Fact is, there is no safe way to use a cell phone while driving. Unless you’re using it as a seat cushion. 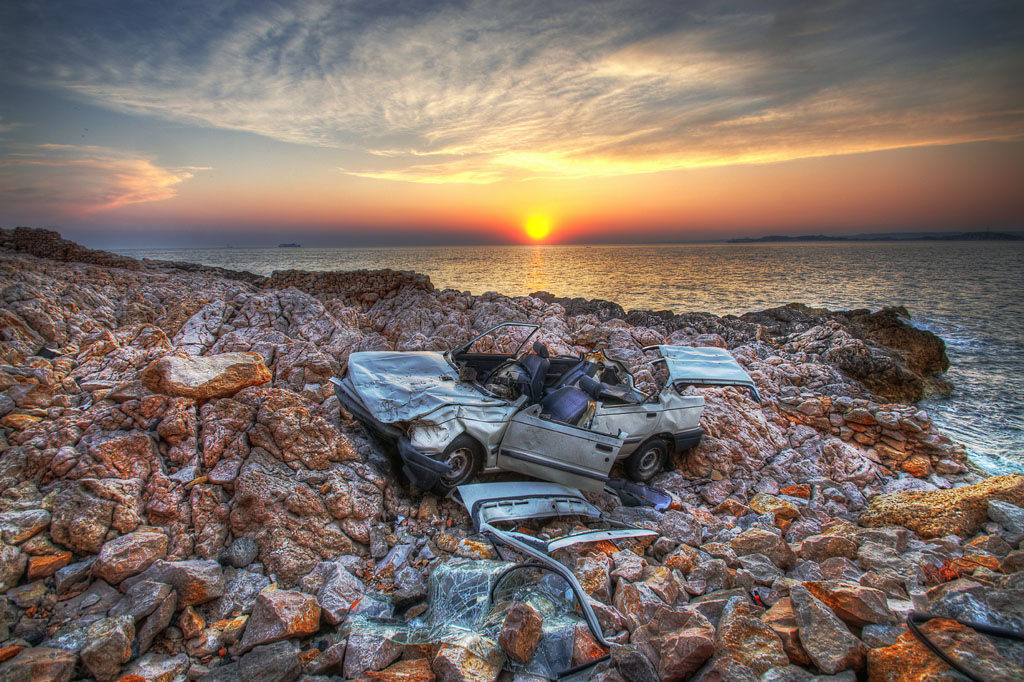 You’re literally as impaired as a drunk driver using the phone while driving. Have you been impacted by drunk driving? Do you think it sucks? Well, stop being a hypocrite.

Oh, okay, you’re gonna use it anyway? FINE. Then do this: get a smartphone car mount

to hold it at eye level. Fifteen dollars can literally save your life. Oh, and the lives of that family with a newborn you didn’t see because you were looking down at your phone.

I’ve used one with a suction cup one and this one that latches into the air vent. The suction cup ultimately failed, this one works great. It’s easy to install and reliable. So . . . go buy it now

I called this the I Know Things edition because even though I think I try to convince you of that with each and every article, this one was extra knowledgable.

Thoughts on other cool things for the week? Leave a comment below, then get an email when I post something new!

← Looking Back: Who We Were Then and Now (Or: Same Same, Different) When the Best Creativity Techniques Are About Doing Nothing →