How Four Chunks Are Causing You to Stop Yourself RIGHT NOW

“In any particular moment, our conscious awareness can hold on to only approximately four chunks of information. This is called our working memory.” – Dr. Reid Wilson, Stopping the Noise in Your Head

We are looking at a display of pies.

You take four pieces from any pie you want. Four chunks. Whichever you want. You’ll never be full, and you’ll never gain weight. But there must always be four before you. When you finish one, you must then go get another. You can also swap out unfinished pieces. But always four.

And the supply is ever-replenished! You can do this for the rest of your life! Forever pies! Life is amazing!

Why keep going for dogsh*t pie?

While I love the copious self-ruled time my lifestyle affords, the glaring downside is that I have too much alone time with my brain, and thus my persistent undercurrent of self-doubt:

I just finished Dr. Reid Wilson’s Stopping the Noise in Your Head

because . . . my head was noisy. Perhaps it was a ticket out. From the book, check it:

“In any particular moment, our conscious awareness can hold on to only approximately four chunks of information. This is called our working memory.”

When we dwell on shoulds and resistance, we’re opting out of delicious and eating shit instead. Literally.

Okay, not literally. But literally: science has proven the four chunk rule. If negative and/or non-actionable thoughts take up 25-50% of working brain space, then that much less room is available for the good stuff. 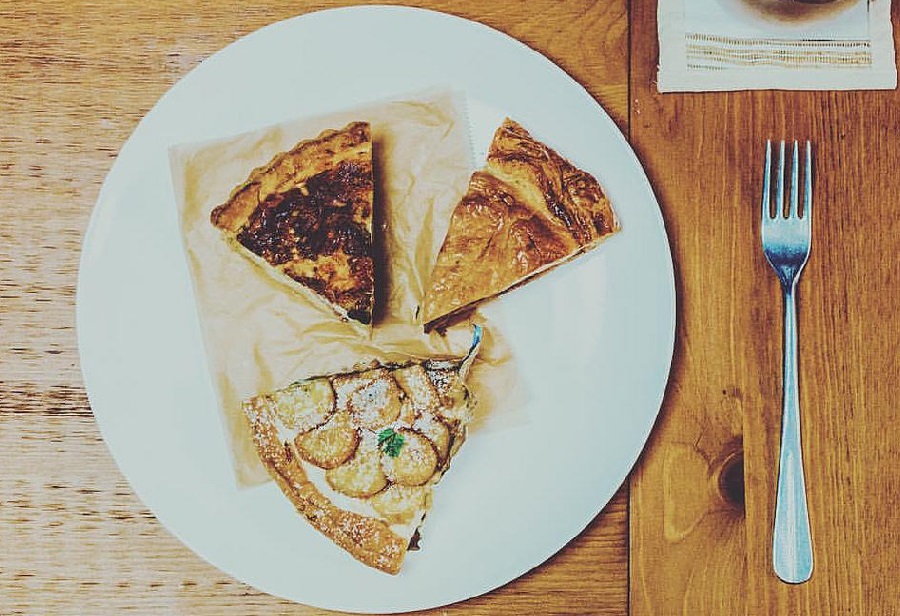 In trying to manage my creative output, I do a lot of “figuring.” I try to figure the best way to execute plans, to figure if I should do this or that, to figure if I was inefficient over the past hour.

All this figuring takes up space in the working memory (the four-chunk arena) and is fueled by active-conscious (not subconscious) meddling.

1. Working Memory/Conscious Awareness: Not to be confused with active-conscious, working memory is the space of interplay between your four chunks of awareness (e.g., verbal thoughts, visual images, song you’re listening to, conversation, etc.). Can be fed by both active-conscious and subconscious input.

3. Subconscious: All the processes and influences going on just below the active-conscious, but influencing it nonetheless. Though different from the unconscious, we’ll lump the two together for this article.

The active-conscious mind, in all its present awareness, doesn’t know what’s best. It barely knows what’s going on at all. It’s the clueless CEO taking credit for profit when really a few dedicated employees make the magic happen.

(Why do I believe this? Read Strangers to Ourselves: Discovering the Adaptive Unconscious

to have your world turned upside-down, but if you want a primer, check this quick read on Daryl Bem’s Self Perception Theory.)

We think that brilliant idea came after an intense moment of active-conscious brainstorming? Nope. Thank your subconscious for filtering through the mass of memories and knowledge garnered over time in order to hand you that lightbulb.

That compelling idea for a novel or painting? You didn’t just think that up. Your subconscious was at work the whole time—accumulating, sifting, weighing—and finally handing you that “inspiration from the muse.”

Can You Trust Yourself?

When you’re in a healthy emotional place (i.e., no gruesome unaddressed emotional demons underpinning the majority of your beliefs and actions), your best bet is to prevent active-conscious mental talk from getting in the way of what the subconscious is trying to tell you.

When I use my active conscious to try to “figure” my way to solutions for things that are inherently (or currently) solution-less or unactionable, it takes up one to two of those four workable chunks. Again, that’s 25% – 50% of active mental processing.

This blog is always so full of action plans. I hit upon my next productivity ploy, I get excited, carry it out for a while, and then fall into a listless funk. I squeeze through the tunnel, then on to the next one!

It’s not that these productivity hacks aren’t good. They are. They work, if provisionally.

But in task-mastering myself, I edge out the natural process of creation. In believing that there are certain “ways that I must work” for positive outcomes, I’m essentially saying:

And look, my impulses aren’t so bad. I’m not binging on The Bachelor or getting drunk in the sunshine over here (generally speaking).

They’re pretty good impulses, really, usually involving activity toward my end-goal of making a living as a writer. But ol’ active-conscious comes along and says,

“Okay, but here is the order in which we must do things. Here’s how much time you should spend. Here is what is good, here is what is not good.”

These judgments, though, are based upon zero evidence. Just assumption.

Some of the most emotionally out of control people I’ve known are disproportionately OCD about keeping their appearance and surroundings immaculate. I’m sure you’ve met them.

In a way, I’m swimming all up in that pool—inflicting structure upon my external world because internally I’m uncomfortable with feeling powerless toward the future.

Human Being vs. Human Doing

But jesus, I’m the same person either way. Subconscious me, active-conscious me—they’re both me. It’s just that one gets a displaced feeling of comfort from a surface-level state of control.

Maybe—just maybe—my subconscious already knows what to do. Maybe I just have to trust that.

If I want to spend one day on my blog and the next day on my book, why is that so horrible compared to two days working on them 50-50? At week’s end, the same amount of time will have gone into each. This is insane.

I’m embarrassed to admit that these time-parsing issues are big things I struggle with. It’s totally illogical! With no specific deadlines or proven methods of success, why do I place arbitrary rules on the way I “should” work?

Let’s be honest: I am afraid. My success depends on a lot of things outside of my control, and that is scary. Baseless task-mastering is just low-self esteem grasping for an illusion of control.

Rules feel safer. Why? Because—gasp—I’m afraid to believe in myself set free.

“When you drop your resistance, you free up space in your present awareness, so you gain greater capacity to focus on your skills.”

-Dr. Reid Wilson, Stopping the Noise in Your Head

Dropping resistance means creating space in your working memory so the subconscious can provide what you need.

Focusing on one’s skills means focusing on the present moment, on what is presented by your environment and subconscious. It’s mindfulness.

Human being. Not human doing.

The Paradox of Reward

On the very same day as all this came to light, I happened upon a Ted Talk. I was randomly looking for a talk on metabolism (whatever, I’m a nerd) when I clicked on “The Puzzle of Motivation” by Dan Pink.

Then, everything hit like a truck. Ohhh baby. I’ve since read his book, Drive: The Surprising Truth About What Motivates Us

, and you should probably read it ASAP.

When we’re offered a reward for attaining a goal that’s easy to reach (i.e., hard work or not, the path to completion is clear), we work more quickly and efficiently than if offered no reward at all. 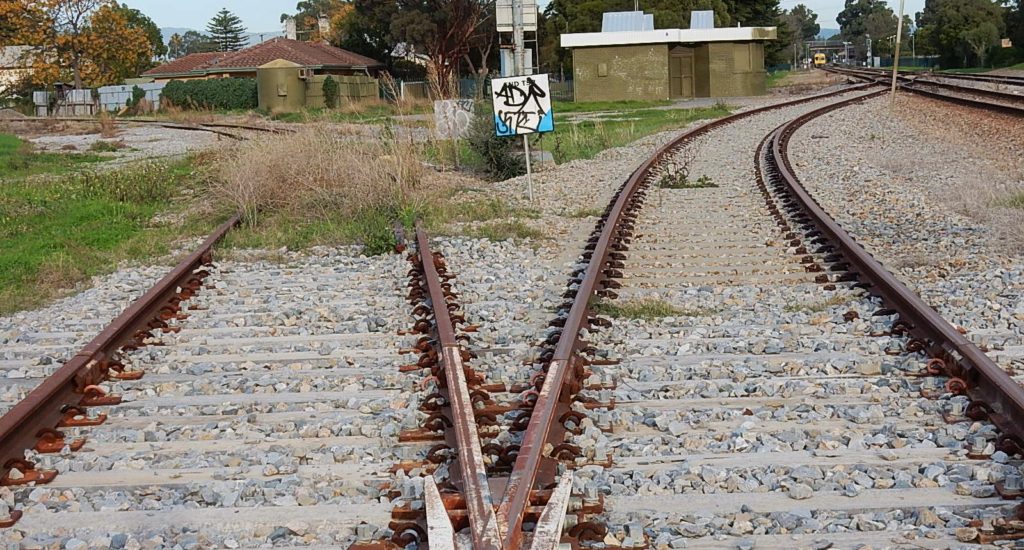 When we’re offered a reward for reaching a goal with an unclear path of attainment (i.e., most creative pursuits), we work slower and less-efficiently than if no reward was offered at all.

Focusing on the reward—attempting to “figure out” how to get there—causes us to also focus on the possibility and repercussions of not getting the reward. What Pink’s talk was inadvertently saying is that not one, but two of those four chunks get consumed in reward focus for creative, right-brained tasks.

Which means that the odds of creating positive, useful output are reduced by 50 percent! This is central to the creative quest: we know we want to get somewhere, but we don’t know how it’s going to happen.

If we focus too much on there, we damn ourselves in getting there.

The Stuff of Dreams

I want to earn income as a writer and I’m pursuing various avenues to that end: one book submitted, one in-progress, this blog, editing/writing for other people, short stories, et cetera.

When I was an actress, I did the same—roles in all sorts of media, social networking/schmoozing, and study were all the various means through which I sought success.

This is very different from a boss saying, “Hey Maverick, give me a report by Friday on the number of males and females in our workplace and their socioeconomic backgrounds and I’ll give you a $5,000 pay raise.”

When pursuing a dream-goal, there’s just no way to know how it’s going to play out. You try lots of things, you see what sticks, one thing leads to another, and eventually . . . there you are.

If you spend too much time focusing on the reward . . .

“My idea has to sell. I have to be recognized as an entrepreneur. I need to make money off this idea”

“I need a starring role in a movie. I have to meet the right casting agent. I need to make the money of a lead.”

. . . Then you take up too many of your four chunks. Preoccupied with the end result, you’re not occupied with what counts. Instead of mindful action, you create desperate distraction.

Dwelling on things outside of our control diverts us from things within our control.

What I’m saying is this:

Trust your productive (not destructive) impulses and desires, because those have just as many odds of leading you to success as the arbitrary active-conscious path you’ve constructed on a foundation of mist.

Consider that most of the brain’s work is done outside the realm of active-consciousness (just think of what goes on in dreams). There are clear paths to certain types of success and rewards.

Does what you’re looking for have a clear path? Is it logical, left-brained, direct? Mine certainly isn’t.

In the same boat? Let’s consider ourselves lucky—science has given us the go-ahead to tinker with the journey as we please.

← The Flight and Funk of Creativity Achtung! The Hidden Health Risks of Creative Pursuit →