Dogs, Death, and Being Alive

Day three and lo and behold, I awake happy, fresh. Make bed, drink water, meditate and mantra, yoga. The routine completed, I head down to feed the dogs.

Old three-legged Camilla had decided to pee and poop—again—in the house.

But this morning, I was not surprised by the pee after I’d already walked through it unknowingly (like yesterday). When the urge struck her sometime in her lonely night, she at least released it closer to the back door.

The poops, too, were lovingly deposited near the door, instead of scattered secretly amongst Claudio’s room.

Yesterday, when I found them there, I knew she must have woken up at some point in the night—angry that her master wasn’t asleep beside her—and decided to do something about it. That, or she was simply too sad or in pain to leave her post by his bed. 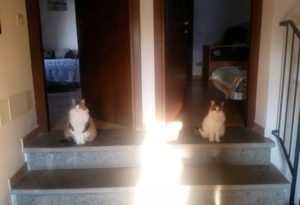 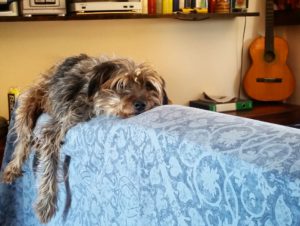 She cannot walk, but drags herself across the ground if she can muster it for a change of scenery.

When Claudio takes her on an outing, a leash is folded into a U-shape then linked under her neck scruff to lift her enough so that she can get her remaining front leg under her and take a few imitations of forward movement. Her hair is falling out in soft chunks. There is a pale cloudiness encroaching her vision.

His efforts are many to keep her alive. But I do wish he would have told me what this would entail as her caretaker. I’m not sure that she’s happy.

Claudio lands his hand on the steering wheel with the force of anger as he explains that many people ask him why he simply doesn’t put her down.

Ten years ago, when Camilla was just a young, happy mutt, she would run a half-mile every day to greet a woman at the train station. One day, waiting there, her doggish distraction lead her to chase a policeman on his scooter and the policeman (à la américain) simply shot her.

Claudio and Claudia, recently married for their second time each, drunk off their own new beginnings, decided to pay it forward by rescuing Camilla into their new home. Back then, she had the strength to hobble around on her own. But she is elderly now.

They say that you will always know when a dog is ready for death, and is clear that this moment is not yet reached with her.

And yet … What about humans?

Do humans know when they’re ready to die?

Only—it seems—when taken to the very precipice of death’s door, and only then sometimes. You hear of a man, suited up and sitting in his favorite fireside chair, found there as though he’d been waiting. Or the grandmother who called her two feuding sons together, inciting a return to peace, then passing the next day.

Sometimes we know, us humans. But most of the time, we don’t.

It is a strong question, but I ask it no less: Is Claudio ready to die?

He spends his days in front of his computer, facebooking past students and recounting stories of professor days. Complaining about the state of the world as we dine together. His meals are passionless and the hours in-between, candy-filled. On the phone with his wife or daughter, my incomprehension of his language does not hide his sharp words and angry heart. 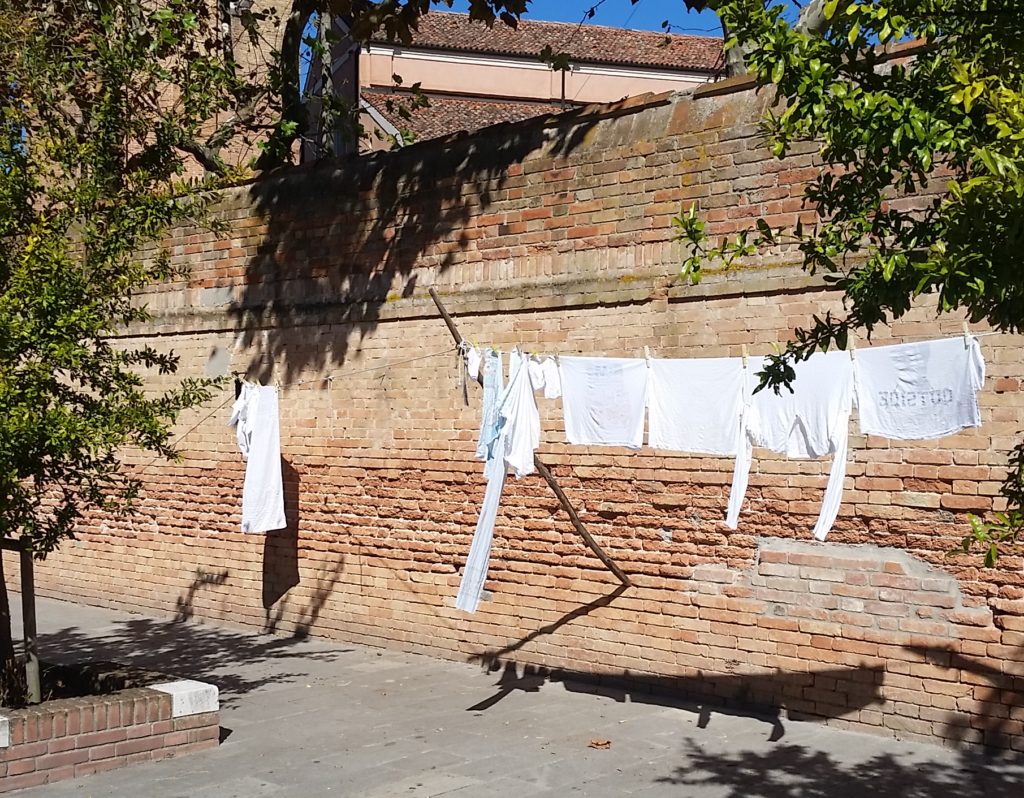 When do we allow ourselves to realize we’ve given up?

That we no longer want to make ourselves—our days, our relationships—better?

This house is a tomb, a library of the past. Filled with stacks of old books and papers covering unused surfaces, baskets of trinkets from the 80s and 90s. Things that no longer exist in the present.

The garden, once alive with a shuffling man and smorgasbord of fruit trees, begins to overgrow and count its sweet, bug-ridden deaths.

The dogs are dying, and I wonder if they remain alive for their human, or if the reverse is true.

The body aches and still it grasps onto a hope to live on. Yet looking down, with a slow realization of bubbling angst, we see that the only thing we’ve been holding on to all these years past is the ever-approaching, strangling fear of death.

Maybe my mood’s a little gloomy. This happens. Leave a comment—cheer me up?