It was this time last year when the thought of being a writer first crept into my mind.

My sister and I had spent two weeks traveling through six cities across Southern France. When her time was up, I continued on to Genoa, Italy.

I couchsurfed with a young and lovely psychotherapist for 11 days. We drove up mountains on his motorcycle, swam in the Mediterranean, became expedited lovers.

When he left for work during the day, the apartment was mine for hours. I was an actor then, so no job at home awaited me. There was nothing “official” to work on, the days were utterly open. 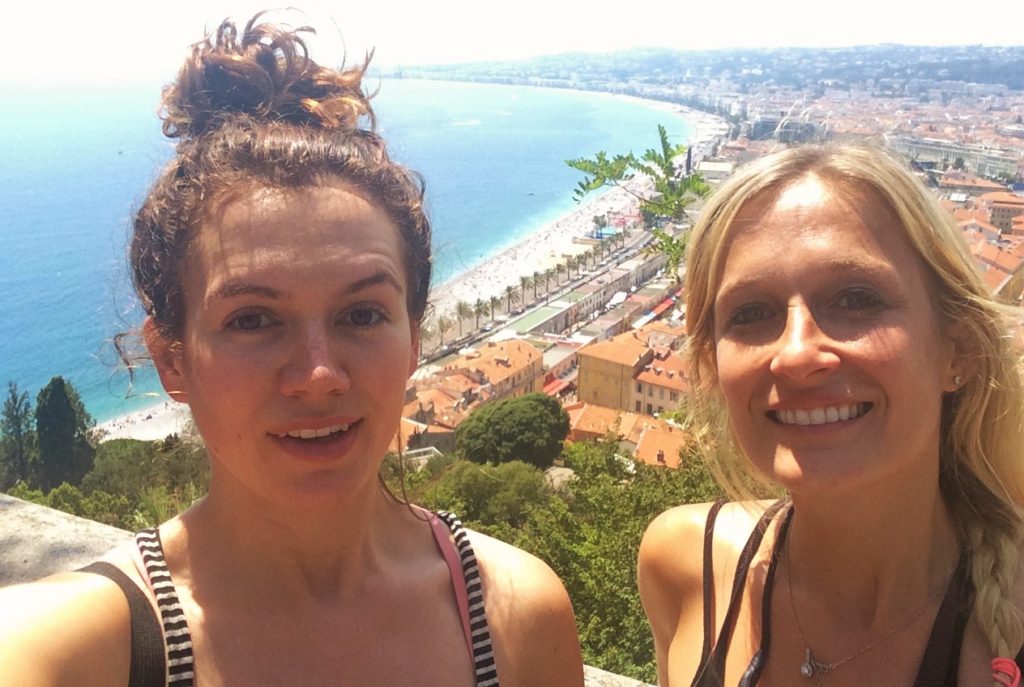 Jessie and me standing sweaty above Nice, France

On one of these days, a short story appeared in my notebook. My first, I think, since a three-pager (typed, double-spaced) from sixth grade.

I didn’t realize I was remembering as I wrote it, but those minutes ended up carved into my brain.

Lying belly-down across the futon in Federico’s guest bedroom. Letting in the last bits of breeze before closing the window from summer heat. A cup of Darjeeeling. Sweat beading on my back.

Clearing the checkered kitchen table cloth of his clutter—rolling papers, notes scrawled in Italian on paper corners, shards of tobacco, an extra set of keys.

Pulling the squared wooden chair across the tile beneath me. Sitting down, writing.

The first line: She stared at the set of keys.

The words that followed are less memorable than the moments. How they felt. The output was food untasted. Something was happening.

Still, I didn’t notice until after, when the story stayed.

Only one desire stood among the fallen: I wanted to be a writer.

And so we began.

Do you remember when you decided to do your thing?

← The Beans of Overanalysis Writer's Block if There's Nothing at Stake? →