When I began writing this blog in October, it was for the premeditated purpose of gaining an audience for when my book launched months down the road.

All the authors whom I’d listened to in interviews said that this was the main thing they would’ve done differently if they were starting over fresh because their email audience turned out to be their top supporters.

Being the go-getter that I am, I rode the coattails of their mistakes all the way to town.

Well, I mean…it’s a small town; I don’t have many subscribers.

However, it turns out I wasn’t doing the blog thing just to gain an audience for my book. I was blogging…oy vey…I was blogging for a lot of reasons that I had yet to realize.

At first, it was pretty embarrassing to tell people I had a blog. To a few select friends I might mention I’d begun one, and I’d always say “a blog” with my head shrinking downwards as my shoulders rose, as if to shrug and say:

“What can I say? I guess I’m a self-indulgent blabbering ‘artist’ now.”

It took me about four months to embrace the idea of exposing my brainspace to the interwebs, and at that point something strange had begun to happen:

The value of the blog—as measured by me and only me—began to significantly outweigh the doubts I had toward it. What is this value of which I speak? 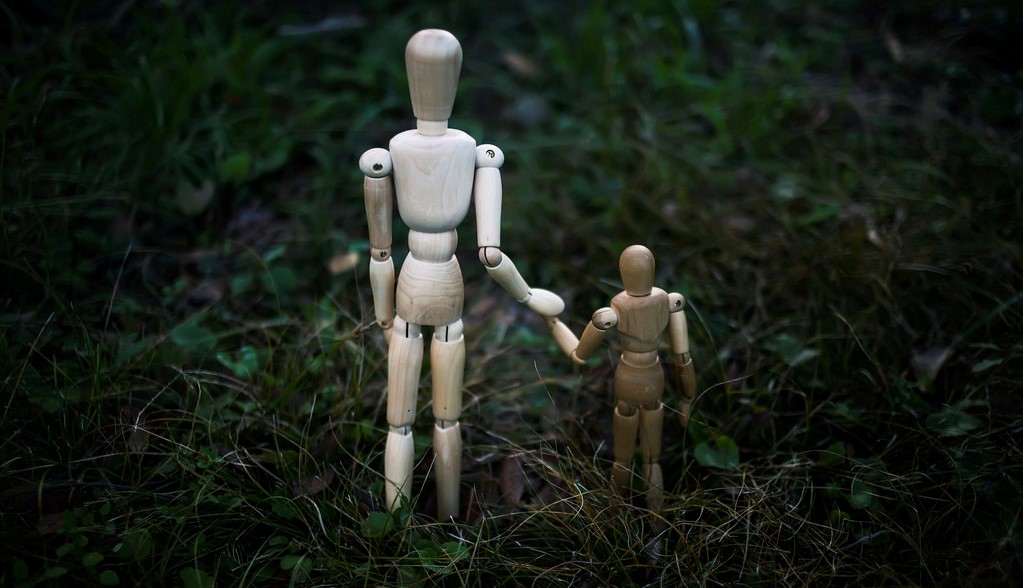 Never ever in my life before Roadwritten hadI written something and known whether or not it connected with anybody on a more-than-surface level.

Getting comments from friends, family, and (perhaps best of all), complete strangers about how they related to a certain sentence or post is quite possibly the most wonderful feeling in the world. It makes me feel like maybe what I’m doing matters (sometimes).

Before I began writing consistently, I thought I had a pretty good idea of what that thing is that they call the writer’s “voice.” I figured I had my own because why not, right?

A lot of times we don’t realize we’ve been missing something until it comes into our lives.

A sort of change has been occurring over the past few months…I can only assume that each night after I fall asleep, my brain quietly clicks on and proceeds with a covert project of pulling up a long-buried treasure chest from the sandy pits of my being.

Only mere millimeters of progress are made each night, but as the chest is pulled, little bits of its contents leak out and upward toward my waking mind.

This chest contains me, unabashedly, and wrapped all up in it is that little thing we call the voice. It is not at all the same thing I started off with. I’m not there yet, but I know the cheesily elusive thing that is voice is beginning to come out simply because I can feel the decrease in conscious thought and judgement I put into writing.

Voice is personal truth, I suppose, and though I know the road will continue in fits and starts, it feels amazing to have stumbled upon this thing of mine that I didn’t realize was there.

There will be no lies: I am not an especially disciplined person. I try to be, really, but there is—ahem—room for growth. Still, I’ve attempted two posts per week. I’ve made myself accountable to anybody who cares to read.

time to get to work various versions of self competing in my brain!

Probably there is something mixed up in my psyche going on there, but for now, I am grateful that whatever it is, it has caused me to sit down and work on this thing with a commitment that has spanned nearly eight months. Y’all, that is a long time for me.

Thank you for giving me connection, ownership, and discipline.

I sat down intending to write a post imploring you to visit my book’s indiegogo page, but it turns out I needed to tell you what you’ve meant to me and why my book launch turns out to be quite irrelevant in the realm of why I am, at present, writing a blog.

So if you’ll have me, I’d like to stay whether or not I launch a book.

Okay, but I am launching How to Travel for Free: The Vagabond’s Bible, and I would love for you to go check out the page. If nothing more, your mere traffic to the site helps!

Further, there’s a wonderfully-produced video on it (thanks, Fanciful Fox), and if we’ve never met, we can consider it like…an e-meet.

Apart from that, I just want to say:

← Forget Writer's Block, Let's Talk About Life Block "Act As If" The World is Your Oyster...and Maybe? →