“Act As If” The World is Your Oyster…and Maybe?

Back in October, I set up a trip to a mountain-nestled town in Tuscany where I could housesit in beautiful isolation for a bit over three weeks.

Having decided in August that I wished to transfer my focus over to writing and completion of the book I’d shelved a couple years earlier, I felt a strong need to press the “reset” button on life and start off with a clean slate.

An old stone home in Italy where nobody knew me, where I’d have no local transportation, and where a temperamental autumn would keep me homebound was just the ticket.

Reminders of a past life—one in which I lived in Los Angeles spending days at the whim of an agent’s unfeeling directives and nights going to friends’ comedy shows—were scarce.

The distracted and disconnected life was abandoned, and a new one—life as a writer—began.

It worked. Exactly as planned, it worked.

I woke up early, journaled, fed the alpacas, dogs, and cat, spent time creating this very blog each morning, edited the book each afternoon, then spent the rest of the day devouring books.

Halcyon. Those were halcyon, perfect days. In that mere month, I finished the book’s first draft. 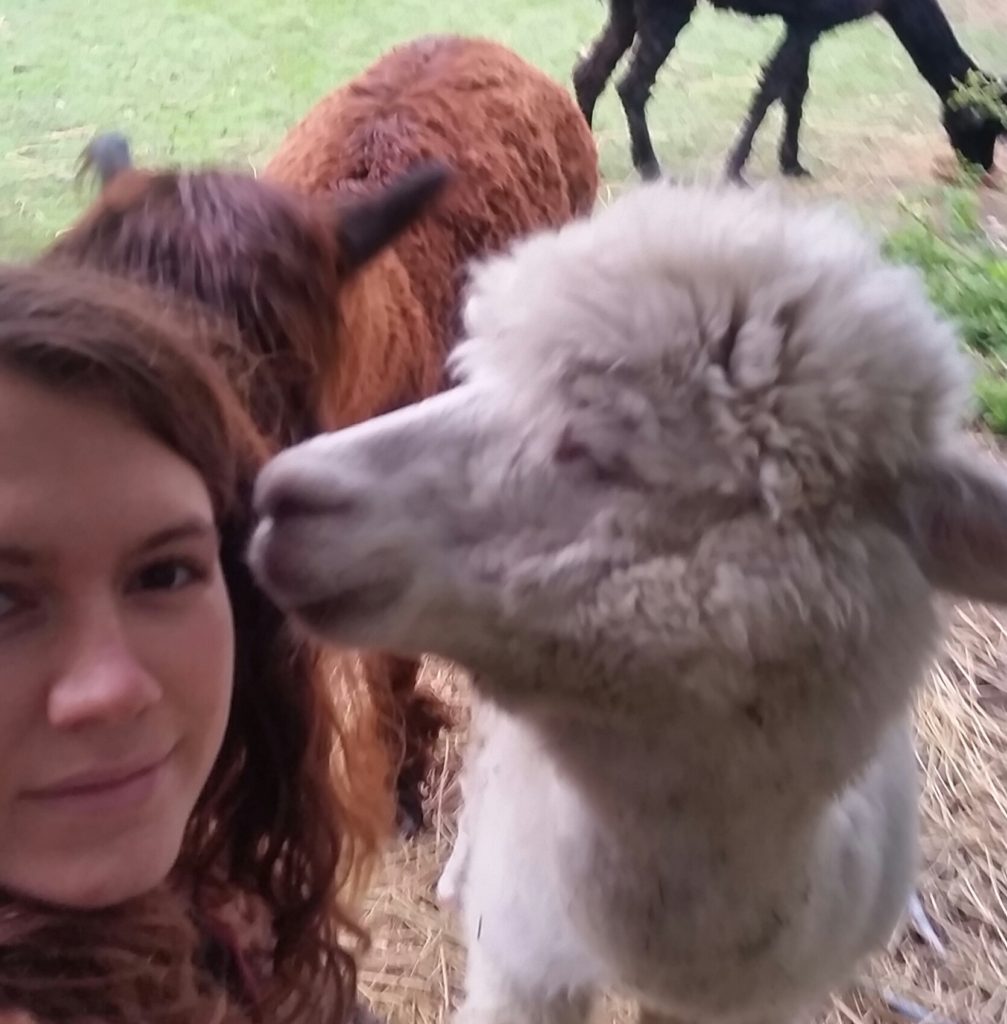 Then I returned to America. November and December were hectic, filled with travel and general movement.

January brought me back to solitude, but I grew frazzled in the two months it took to get there. Not just frazzled, but I suppose also some of the adrenaline had begun to wear off.

I think often of that time in Tuscany…why did everything work then, and why can’t I recapture that everything now?

But that woman then and me now are, in fact, one and the same. Of course I can recapture it now.

Twelve Step programs have a saying (actually, they have a few sayings):

You can probably figure out what it means, but I’ll offer a little furtherance: Act as if means to play pretend with hope that your feelings and life follow the intent. You might also say “Fake it ’til you make it.”

It’s so simple—it’s playing pretend—yet so much resistance arises (for me, at least) in implementing certain healthy behaviors.

Take note: This is not support group mumbo jumbo, these are scientifically-backed mottos.

You’ve probably heard how smiling actually makes people happier or people with botox literally become less angry overall because they are less able to make angry faces. These are just a few ways researchers have proven that we are much more able to influence our feelings with our actions than we think.

I’ve been working on inhabiting this space, this life, as a writer for about eight months now.

My mom likes to tell people I’m “in transition.”

Whenever I overhear this I try silently to catch the eye of whomever she’s telling and watch them wonder whether I used to be a man.

In working alone, boss-less, I’ve realized something: I’m not easy to work with.

Okay, I actually knew that before going solo, but I thought maybe I’d be easier if I was only working with myself. Turns out I’m a brat either way.

I tried the laissez faire approach with myself, ascribing to vague daily or weekly schedules and letting the project du heure be dictated by the day’s feelings, but just like hips, progress doesn’t lie: things just aren’t getting done. I’ve been letting action follow feeling versus trusting that feeling follows action.

To fix it, I’m going to have to let the completion of my book (which is my priority) be guided by action, not feeling. My latest strategy is something I used to enact in college: treating the schedule I create for myself like an actual work schedule.

When gainfully employed, I show up. I stay til the end. I allocate tasks appropriately. Why I allow that to go out the window when working for myself I cannot explain, but it’s time to change that. It’s time to act as if I’m working for someone else because (unfortunately) I’m subpar when only working for me.

The plan is to schedule out my week like I have an “actual” job for which absence can get me fired and fake it ‘til I make it.

Right now, for example, I want to begin proofreading this post and try to get it published today, but I’m acting as if this book author thing is my real job and blog time is up—time to go work on the book for the next couple of hours.

If you’ve been riding along the Roadwritten path you know I try lots of things to boost productivity—meditation, dog-training yourself, music training, being robotic, the list goes on.

They all work to an extent, but it seems like I’m still trying to find some magic potion.

← Blogger Confessions Are You Listening to What You Should Say? →